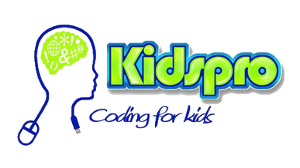 Our kids’ future are unknown to us. We can try to predict what they will do one day and what their world will look like as grown ups, but in reality we have no idea. With technology changing so quickly the possibility strongly exists that their future job doesn’t even exist today. That is why we must try and prepare them for the world of tomorrow. Our technology today are very reliant on programming/coding so just imagine how important it will be for the future. In the future programming will be as important as reading and writing is today. Even if your kid(s) do not end up being a programmer, it will be still be very important to understand the basic concepts and principles of coding.

To demonstrate our point in how quickly the world is changing, just have a look at these 13 jobs that didn’t even exist in 1999!

* None of those occupations existed on their own in 1999, though some workers in those fields likely were included in broader job classifications such as “computer programmers” or “network systems and data communications analysts.” But listing them separately speaks to the importance of networked computing in today’s economy.

**In 1999, when only about half of American adults owned a cellphone (and smartphones had just barely hit the market), those workers were called “radio mechanics,” because they mostly worked on radio-transmission equipment. In 2010 they were renamed “radio, cellular, and tower equipment installers and repairers,” and last year there were an estimated 14,090 of them — more than triple the number of “radio mechanics” in 1999.